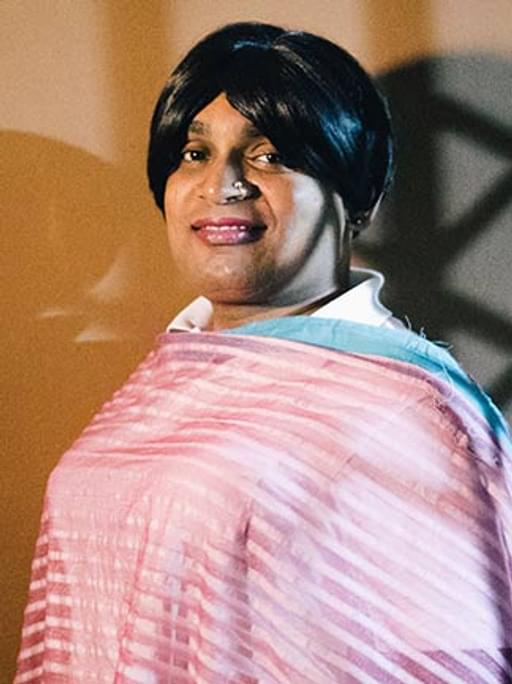 Vyjayanti Vasanta Mogli is a transgender rights activist from Telangana. She has been involved in the trans rights movement since 2012, and is a founding member of the Telangana Hijra Transgender Samiti, a collective of hijra and transgender people.

She has taken up the responsibility of making sure that the hijra and transgender community are able to have FIRs lodged against atrocities perpetrated against them. Her intervention in the Suresh Kumar Kaushal & Others Vs Naz Foundation & Others case in the Supreme Court of India when it came up for review in January 2014, through her affidavit focusing on the deleterious effects of aversion/conversion/reparative therapy on LGBT people, was a milestone in the fight against discrimination against the community.

Vyjayanti has never shied away from speaking her truth, even in the face of adversity. She continues to work with lawyers and policymakers to ensure an equitable society for those whom the privilege majority has always othered.